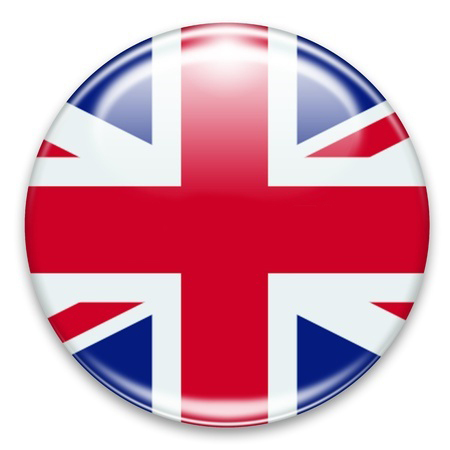 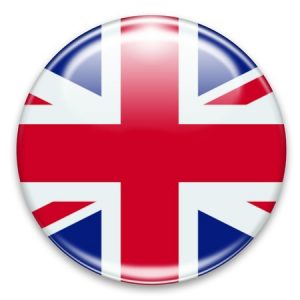 The Processions of Holy week in the Sorrento Peninsula began in the early 1500s, where small groups of people went church by church, praying and visiting Altars of repose. This is an alter where the communion hosts consecrated on maundy Thursday during the Mass of the Lords supper. It is placed on “reserve” for use on the following day, Good Friday.

During the 18th Century the Spanish Domination were under the influence of the Jesuits. The Processions started to enrich themselves through to the parades of today. This is a group of hooded men carrying crosses, lamps and symbols of the passion, that ends with a statue of Christ and Mary.

Each Procession has different choirs, made up of men, women and children. The mens choir contains the choir of “Miserere” (Psalm 50), a penitential choir with it’s spirit of humanity and repentance.

Each day of Holy week is full of ceremonies, starting from Palm Sunday to the night of Good Friday.

In some cases, the way of the cross is acted with costumes, in order to give people a realistic representation of what actually happened two thousand years ago.

The first procession starts on Maundy Thursday, after the Mass of the Lords Supper. The hooded men go around visiting Christ Eucharist in the churches.
Between Maundy Thursday and Good Friday, the suggestive “night”, processions go around visiting the altar of repose, carrying on their shoulders the statue of Virgin Mary, looking for her son, Christ.
The processions return to their own Churches in the first hours of sunrise.
The last processions of Good Friday start in the evening, carrying the statue of dead Christ and Virgin Mary.

Symbols of the Passion of Christ

It was just before the Passover Festival. Jesus knew that the hour had come for him to leave this world and go to the Father. Having loved his own who were in the world, he loved them to the end.

The evening meal was in progress, and the devil had already prompted Judas, the son of Simon Iscariot, to betray Jesus. Jesus knew that the Father had put all things under his power, and that he had come from God and was returning to God; so he got up from the meal, took off his outer clothing, and wrapped a towel around his waist. After that, he poured water into a basin and began to wash his disciples’ feet, drying them with the towel that was wrapped around him.

My children, I will be with you only a little longer. You will look for me, and just as I told the Jews, so I tell you now: Where I am going, you cannot come.

While they were eating, Jesus took bread, and when he had given thanks, he broke it and gave it to his disciples, saying, “Take and eat; this is my body.” Then he took a cup, and when he had given thanks, he gave it to them, saying, “Drink from it, all of you. This is my blood of the covenant, which is poured out for many for the forgiveness of sins. I tell you, I will not drink from this fruit of the vine from now on until that day when I drink it new with you in my Father’s kingdom.”

Then Jesus went with his disciples to a place called Gethsemane, and he said to them, “Sit here while I go over there and pray.” He took Peter and the two sons of Zebedee along with him, and he began to be sorrowful and troubled. Then he said to them, “My soul is overwhelmed with sorrow to the point of death. Stay here and keep watch with me”

He withdrew about a stone’s throw beyond them, knelt down and prayed, “Father, if you are willing, take this cup from me; yet not my will, but yours be done.”

An angel from heaven appeared to him and strengthened him. 44 And being in anguish, he prayed more earnestly, and his sweat was like drops of blood falling to the ground

Then one of the Twelve—the one called Judas Iscariot—went to the chief priests and asked, “What are you willing to give me if I deliver him over to you?” So they counted out for him thirty pieces of silver. 16 From then on Judas watched for an opportunity to hand him over.

While he was still speaking, Judas, one of the Twelve, arrived. With him was a large crowd armed with swords and clubs, sent from the chief priests and the elders of the people. Now the betrayer had arranged a signal with them: “The one I kiss is the man; arrest him.”  Going at once to Jesus, Judas said, “Greetings, Rabbi!” and kissed him.

When Jesus’ followers saw what was going to happen, they said, “Lord, should we strike with our swords?”  And one of them struck the servant of the high priest, cutting off his right ear. But Jesus answered, “No more of this!” And he touched the man’s ear and healed him.

When Judas, who had betrayed him, saw that Jesus was condemned, he was seized with remorse and returned the thirty pieces of silver to the chief priests and the elders. “I have sinned,” he said, “for I have betrayed innocent blood.” “What is that to us?” they replied. “That’s your responsibility.” So Judas threw the money into the temple and left. Then he went away and hanged himself.

Now Peter was sitting out in the courtyard, and a servant girl came to him. “You also were with Jesus of Galilee,” she said. But he denied it before them all. “I don’t know what you’re talking about,” he said. Then he went out to the gateway, where another servant girl saw him and said to the people there, “This fellow was with Jesus of Nazareth.”  He denied it again, with an oath: “I don’t know the man!” After a little while, those standing there went up to Peter and said, “Surely you are one of them; your accent gives you away.”  Then he began to call down curses, and he swore to them, “I don’t know the man!” Immediately a rooster crowed.  Then Peter remembered the word Jesus had spoken: “Before the rooster crows, you will disown me three times.” And he went outside and wept bitterly.

Meanwhile Jesus stood before the governor, and the governor asked him, “Are you the king of the Jews?” “You have said so,” Jesus replied. When he was accused by the chief priests and the elders, he gave no answer.

When Pilate took Jesus and had him flogged. The soldiers twisted together a crown of thorns and put it on his head. They clothed him in a purple robe and went up to him again and again, saying, “Hail, king of the Jews!” And they slapped him in the face.

Now it was the governor’s custom at the festival to release a prisoner chosen by the crowd.  At that time they had a well-known prisoner whose name was Jesus Barabbas.  So when the crowd had gathered, Pilate asked them, “Which one do you want me to release to you: Jesus Barabbas, or Jesus who is called the Messiah?”  For he knew it was out of self-interest that they had handed Jesus over to him.  While Pilate was sitting on the judge’s seat, his wife sent him this message: “Don’t have anything to do with that innocent man, for I have suffered a great deal today in a dream because of him.”  But the chief priests and the elders persuaded the crowd to ask for Barabbas and to have Jesus executed.  “Which of the two do you want me to release to you?” asked the governor. “Barabbas,” they answered.  “What shall I do, then, with Jesus who is called the Messiah?” Pilate asked. They all answered, “Crucify him!”  “Why? What crime has he committed?” asked Pilate. But they shouted all the louder, “Crucify him!”

When Pilate saw that he was getting nowhere, but that instead an uproar was starting, he took water and washed his hands in front of the crowd. “I am innocent of this man’s blood,” he said. “It is your responsibility!”  All the people answered, “His blood is on us and on our children!”  Then he released Barabbas to them. But he had Jesus flogged, and handed him over to be crucified.

Saint Veronica from Jerusalem encountered Jesus along the Via Dolorosa on the way to Calvary. When she paused to wipe the blood and sweat (Latin sudor) off his face with her veil, his image was imprinted on the cloth. The event is commemorated by the Sixth Station of the Cross.

As they were going out, they met a man from Cyrene, named Simon, and they forced him to carry the cross.

So the soldiers took charge of Jesus. Carrying his own cross, he went out to the place of the Skull (which in Aramaic is called Golgotha). There they crucified him, and with him two others—one on each side and Jesus in the middle.

Pilate had a notice prepared and fastened to the cross. It read: jesus of nazareth, the king of the jews. Many of the Jews read this sign, for the place where Jesus was crucified was near the city, and the sign was written in Aramaic, Latin and Greek.  The chief priests of the Jews protested to Pilate, “Do not write ‘The King of the Jews,’ but that this man claimed to be king of the Jews.”

When they had crucified him, they divided up his clothes by casting lots.

When some of those standing near heard this, they said, “Listen, he’s calling Elijah.”

Someone ran, filled a sponge with wine vinegar, put it on a staff, and offered it to Jesus to drink. “Now leave him alone. Let’s see if Elijah comes to take him down,” he said.

Near the cross of Jesus stood his mother, his mother’s sister, Mary the wife of Clopas, and Mary Magdalene. When Jesus saw his mother there, and the disciple whom he loved standing nearby, he said to her, “Woman,[b] here is your son,” and to the disciple, “Here is your mother.” From that time on, this disciple took her into his home.

The curtain of the temple was torn in two from top to bottom. And when the centurion, who stood there in front of Jesus, saw how he died,[c] he said, “Surely this man was the Son of God!”

Now it was the day of Preparation, and the next day was to be a special Sabbath. Because the Jewish leaders did not want the bodies left on the crosses during the Sabbath, they asked Pilate to have the legs broken and the bodies taken down. The soldiers therefore came and broke the legs of the first man who had been crucified with Jesus, and then those of the other. But when they came to Jesus and found that he was already dead, they did not break his legs. Instead, one of the soldiers pierced Jesus’ side with a spear, bringing a sudden flow of blood and water

Now there was a man named Joseph, a member of the Council, a good and upright man, who had not consented to their decision and action. He came from the Judean town of Arimathea, and he himself was waiting for the kingdom of God. Going to Pilate, he asked for Jesus’ body.  Then he took it down, wrapped it in linen cloth and placed it in a tomb cut in the rock, one in which no one had yet been laid.  It was Preparation Day, and the Sabbath was about to begin. The women who had come with Jesus from Galilee followed Joseph and saw the tomb and how his body was laid in it. Then they went home and prepared spices and perfumes. But they rested on the Sabbath in obedience to the commandment.